Dogecoin (CRYPTO:DOGE) started out as a joke, but plenty of investors laughed all the way to the bank as the cryptocurrency skyrocketed. Sure, it’s close to 65% below the high set in May. However, anyone who bought the digital coin 12 months ago and held on is sitting on a gain of nearly 9,300%.

Shiba Inu (CRYPTO:SHIB) has been a much bigger winner so far this year. It’s up a mind-blowing 95,279,000% or so over the last year. There are millionaires and even billionaires who owe their fortunes to the popular token. 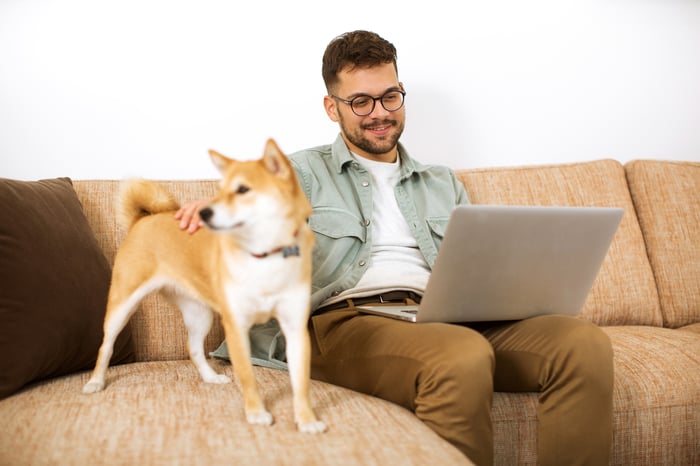 The obvious common denominator between Dogecoin and Shiba Inu is that they both use the Shiba Inu hunting dog as a symbol. However, there’s also another tie between the cryptocurrencies: Both are linked with Tesla (NASDAQ:TSLA) CEO Elon Musk.

Musk, the self-proclaimed “Dogefather,” has been a vocal supporter of Dogecoin. And though he doesn’t personally own Shiba Inu tokens, his tweets of photos of his Shiba Inu puppy have driven the cryptocurrency price higher.

Now, arguably the ultimate Elon Musk token has arrived. Elonomics (CRYPTO:ELONOM) began trading on Oct. 25. It’s inspired by and named after the Tesla leader. Elonomics even uses a picture of a person who resembles Musk wearing a Viking horned helmet on its logo.

The new cryptocurrency is based on the Binance (CRYPTO:BNB) Smart Chain blockchain. Owners of Elonomics are rewarded in Binance stable coins.

To the moon — and back

The cryptocurrency has delivered other massive jumps in recent days as well. On Nov. 12, Elonomics vaulted 575% higher over a 24-hour period. So is the token headed to the moon? Maybe, but not without some trips back to Earth along the way.

Despite those impressive single-day gains, Elonomics is down 90% since its launch as of the time of this writing. So far, the token has experienced more negative days than up days.

A long way to the top

To borrow a line from the great rock bank AC/DC, it’s a long way to the top if you want to be the most popular cryptocurrency. There are many other digital coins that their owners hope will be the next Dogecoin or Shiba Inu. Can Elonomics be successful? It’s possible.

The new cryptocurrency uses a rebase mechanism where an algorithm increases or decreases the total supply of the token. The idea behind rebase is that it could create a fear of missing out (FOMO) effect that attracts more investors to buy Elonomics and will give the token a “forever bullish” chart, according to the developer.

However, one of the key things that drives the value of a cryptocurrency is its availability on exchanges. Currently, Elonomics can be bought using the TrustWallet and MetaMask crypto wallets. It isn’t yet available on leading exchanges such as Coinbase, though.

Still, Elonomics has attracted attention with its big one-day gains. Several major media outlets have run articles about it. Positive publicity can make or break a cryptocurrency. And who knows — maybe even a certain eccentric billionaire might decide to tweet about his namesake. If so, Elonomics really could be the next breakout cryptocurrency.

This article represents the opinion of the writer, who may disagree with the “official” recommendation position of a Motley Fool premium advisory service. We’re motley! Questioning an investing thesis — even one of our own — helps us all think critically about investing and make decisions that help us become smarter, happier, and richer.